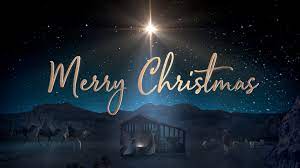 Remembering the Birth of Jesus as our Savior this Christmas
­
Cherish your families and friends as the time is very short. The return of Jesus Christ is on the horizon!

As Christians, we should be excited as we watch the prophecies of Revelation unfold before our very eyes. This Christmas, being grateful that God cherished us so much that He sent His Son, Jesus to take on all the sins of the world and pay a price for us. Jesus paid the ransom for our souls and all we have to do is accept that he did that for us, repent from our grievous sins, and live a life valiant in testimony sharing with others the great joy we have in the opportunity of salvation for every single person on earth.

That is a mighty hefty lift if we were going to pay the price for our own sins. Instead, it’s already done for us. You’d have to try not to be saved. Many people will be in that boat but the majority, are saved by this tiny baby coming into the world through a humble virgin.

The world is becoming more and more corrupt and dangerous. It will be only through God and putting Him in our lives, we will be able to weather this storm.

Read your scriptures, pray continually and teach your children and grandchildren the real purpose behind the Birth of Christ which we celebrate in just a few days. 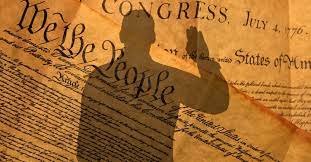 ­BRUNSON CASE SCHEDULED FOR JANUARY 6, 2023 COULD HAVE GLOBAL IMPLICATIONS

It literally takes me hours to put together a good newsletter to send out to you guys. When I see the emails are delivered to the inboxes of subscribers, I’m encouraged that they are still receiving the information I’ve worked hard to put together so you can see what’s going on. However, then I look at the rate of emails sent to those opened and links clicked and I quickly see there’s a small handful actually paying attention to pertinent information that can highly impact your life whether it be good or bad.

Seeing that I’ve lived almost 60 years now, I’ve never seen such a significant case before the Supreme Court that can send shock waves throughout the United States and even the world.

I realize the Brunson Case isn’t about abortion or voting rights. It’s about betraying ones Oath of Office, how decisions made by “public officials” affect the average person, the cover of “sovereign immunity” which is not granted to those who are outside of their oath as well as the fact it’s being brought by the average citizen without a law degree, without court costs.

This case is truly what the Founding Fathers had in mind when it came to the redress of grievances by the public. The First Amendment has been stomped on, smeared with mud, tattered and torn by an evil bunch of globalists parading around as “representatives of the people.” The implications are so huge, I’m really surprised Mr. Brunson and his brother are still alive to even bring this case before the U.S. Supreme Court.

Here’s why it’s so important. This case opens the door for each and every one of us to file civil lawsuits, in common law, as ourselves, our live human beings under the Constitution FOR the United States against every single public official that has obstructed our rights whether local, state or federal.

This case puts the power back in the hands of the people and a precedent could be set to financially ruin all those who took our money, and harassed us for being America First, MAGA, Patriots and Christians.

It’s also not only about the 388 federal officials being named in the suit, it’s about the Main Stream Media propagandists who aided and abetted those public officials to do the bidding of evil against us. Whether you like it or not, there is a small group of elites we call the “Deep State” who are going to attack us with another bioweapon very soon. This case may be able to thwart those efforts by putting those who triggered the first bioweapon into a distraction over their financial situation.

That’s where you have to get these people. In the money. Stripping their power is one thing. Attacking their money is another. They don’t want to be bankrupt however, that’s where we’re at right now.

If the Brunson case is a win, that means the rest of us can use this case as a precedent-setting case in a civil suit, using the same logic and reason presented in this case to sue local oath breakers and bring them to heel.

It also means, everyone in the world who has been impacted by the decisions of this collective group of treasonous beings can sue them. Can you even imagine what message that sends to Election Boards making decisions to use Chinese voting machines?

What about RINOs running for office who are set on a path of destruction, making “laws” that are unconstitutional and throwing real Conservatives under the bus? What does this say to the Communist RINO Governors like Missouri’s Mike Parson who appoints Communists to judgeships, high-level positions like Attorney General, Health Director and manipulates our election boards for the Global Cabal? What about the “Election Fraud Deniers” who tell us to “move on” because they are part of the corruption?

The message is, try to usurp the American Patriot and pretend you have “sovereign immunity.” Not only will We The People come after you in court, but we’ll also make sure to ruin you in the process. These people are not worthy of grace when they refuse to understand the evil they perpetrate on others while enhancing themselves.

If they repented that would be one thing, but so far when given the opportunity, they just double and triple down on their corruption. I’ve never seen such obstinance or disrespect out in the open. The blatant committing of crimes against the people.

Every adult over the age of 18 should be paying attention right now to this case, but will they? The news media won’t talk about it because it implicates them. Will the people get the word out about this landmark case? Will they rise up and use the power they have in their hands before they have to use their 2nd Option?

We’ve become a lazy society relying on others to do the heavy lifting and won’t even get off the couch to go to a meeting where we can see each other face to face. We preoccupy ourselves with sports (mostly), entertainment and fun time. We live for fun and pleasure rather than God and Family. That’s where we are.

We worship the God of Football, God of Soccer, God of Music, God of TV, God of Social Media, God of TikTok and God of Hobbies and we spend about 1-3 hours on a Sunday if we even go to church, to get a warm fuzzy and pay homage to the one true God as if we’re doing a drive-by getting a hamburger.

How can we really expect God to intervene when we won’t even give him our full attention?

God has once again, facilitated us to watch something that has historic significance and can impact our lives for the better. What we do with this is up to us.

The time is at hand to heed the warnings, take the opportunities He puts in our laps and recognize once again, God has come to our assistance. Let’s not waste this great opportunity.

Patriotically and in Christianity, 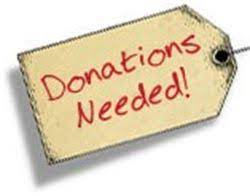 We’ve made some serious progress this year…

­Over the last 8 years, I’ve been able to do a lot of research and as a result, I’ve been targeted by the Deep State Social Media groups who have demonetized just about every way I could broadcast and not have to ask for donations.

­If you’ve been subscribed for a while, you might recall I’ve been targeted for saying insurance companies were going to drop people from their policies if they didn’t get a vaccine – I suffered a Medical Misinformation suspension for 60 days for that one!

Repeatedly, I’ve talked about the global sex trafficking of children, adrenochrome, the Federal Reserve, and election fraud and been the first to voice my opinions about the true nature of what is really going on.

You may also remember my repeated suspension over the New Zealand Mosque Shooter, questioning what was really going on (seems like MK Ultra to me and some other things…), the CoVid 19 information/misinformation, had interviews with Doctors who are no longer able to speak out on social media, been banned from Twitter for saying we still have a 2nd Amendment and Adam Schiff needs to stick his head in a pencil sharpener and maybe he’ll get to a valid point one day (Pencil Neck – get it?) only to have them say I was inciting violence.

I’ve also had both Laura Ingraham and Pierce Morgan treat me as if I’m some radical after each of them announced there are no more options for the American people. We just have to lie down and comply – to which I tweeted out – “We always have our 2nd Amendment.” and wow – you would have thought I hurled knives at them. They both said I was a right-wing radical. Um – hello – the 2A isn’t about hunting!

I’ve also rightfully called out Republicans who are using their offices as little private money makers working for the government rather than the people and broadcast the corruption while others coward in the corner.

I’ve got a lot more information and plans for 2023 as long as I can stay on the air and broadcasting, researching cases, documents and people who impact our daily lives. Independence media cannot do the job to bring you real news, real information and real opinions not controlled by the elites without your support.

I am asking for your financial support today as we close out the year and look to 2023.

Some of you have stepped up to the plate to assist me, especially in times of need and I, in turn, have been able to help others who are struggling not only with the burdens we all face but with real serious situations that need immediate attention.

I ask you to continue to support me in this effort. I can’t do this without you.

Ways to donate are through Cash App to $AprilLaJune and Zelle to april@aprillajune.com. I also have the support of Mike Lindell and MyPillow.com where you can use the Promo Code: LAJUNE at checkout and get some really great merchandise and help American Patriots.

HAVE A WONDERFUL HOLIDAY!