WINNING! THEY’RE CAUGHT IN A TRAP! 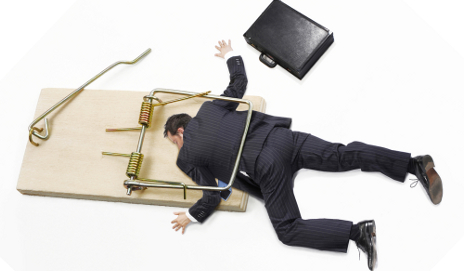 They’re caught in a trap!
­
Did they really think they were going to walk away with more wins by cheating?

Democrats are just waterboys and puppets for a faceless, destructive, self-serving Global Cabal that most would call the “Deep State” which has been operating as a “shadow government” for years.

As a result of the cooperation between scumball crooks who have infiltrated our Constitutional Republican and a slow indoctrination via entertainment, music, schools, churches and all aspects of our society, the American people have become blind to corruption as well as making excuses for political figureheads who are openly and blatantly committing crimes against humanity and our Constitution.

In 2020, we knew there were traps set for the Democrats who were cheating. We’ve seen video evidence, forensics and have eye-witness testimony verifying each and every step of the hijacking of the Presidential Election. We know about the computer chips from China in our voting machines and we also are aware of the transmitted data from the election/voting tabulators which were pre-programmed to steal elections.

This isn’t actually news. It’s what the Democrats were screaming about back in 2016 and have been talking about every time they lose an election. But does it matter?

Yes, it does matter. Now that the American people are finally waking up to the corruption, we’re being threatened with arrest, some Patriots and loyalists to the Constitution and our country are even being convicted via railroading and coercion into years in prison for crimes they didn’t commit. It’s criminal what is happening and where are the US Senators and House Representatives on this?

Barely raising a fuss. Barely speaking out. Barely rallying around our freedom. Barely supporting anyone who is full speed ahead to save our country from utter destruction.

I haven’t heard Ted Cruz or Josh Hawley or any other “Republican” make the atrocities of the FBI, the Democrats under the dictatorship of Nancy Pelosi or the mainstream media propaganda puppets accountable for their actions. Where are the criminal referrals?

Aren’t both Ted Cruz and Josh Hawley lawyers? Don’t they know how to file an iron-clad lawsuit against these people?

Why is it that the Brunson Brothers are having to do the work of these two loudmouthed senators?

When will We the People start holding our “elected” officials accountable for non-action on our behalf? Isn’t this what we’re supposed to be doing? Aren’t these people accountable to us?

We have to change our thinking before anything ever changes. Until then, we get what we get but at a minimum – more people will wake up and we are winning the information war even if we’re not winning in court.