SUSPENDED FROM YOUTUBE AGAIN! JOIN ME ON RUMBLE AT: 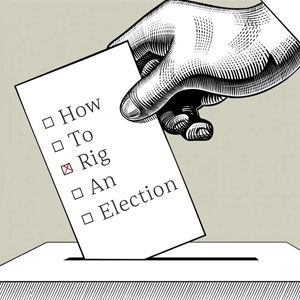 ­US SUPREME COURT TO HEAR CASE AGAINST 388 FEDS IN 2020 ELECTION FRAUD
­
You probably thought this would never happen, however…

History is about to take place

There’s an important case being heard on January 6, 2023 which is about the 2020 Election. Finally making it to the US Supreme Court, Raland Brunson is set to make history if he can get a Constitutional ruling in his favor.

You can read the 18-page document here: Brunson vs. Adams

Brunson has listed in his lawsuit the Federal statutes which have been broken because of the premature certification of the 2020 Election. He also lists current Supreme Court case law supporting his argument that these federal officers totally ignored their Oath of Office by refusing to investigate the obvious discrepancies and questionable events which surrounded the election.

Brunson points out many US Senators brought attention to the election integrity questions on January 6 as they protested the certification of the vote on the floor of the Capitol. Hundreds of affidavits from poll watchers, poll challengers and election judges were totally ignored. After a request from some of the Senators for a 10-day hold on the Certification, former Vice President Mike Pence certified the election anyway.

Because of the ramrodding of the certification of the election, Brunson says he has been affected by financial hardships which all of us in the United States can relate to. The installation of a selected figurehead is nothing more than a coup that was perpetrated on the American people.

According to the Supreme Court case filed by Brunson, he states the Biden regime was installed against the will of the people and therefore, the Supreme Court is under obligation to negate the 2020 election and return the rightful winner of the Presidential Election to his seat.

The 18 page document is very clear in it’s message and also declares people around the world have been damaged by the treasonous acts of the 388 named federal officers and their cohorts. As the United States plunges into the worst economic condition in the history of the country, suffers through job losses, financial devastation, attacks on our children, attacks on our churches and major attacks on our God-given rights, this case could be a landmark decision set to change the course of destruction insisted on by Biden and the Global Cabal.

Mr. Brunson is asking for support and also asking people to urge their Senators to get on board with the lawsuit.

I think this is a fine example of what we should be doing as private people of the states United under a Constitution which was ordained by God.

One of the best paragraphs in this document reiterates it is not the government that grants us rights. We The People have self-evident rights which cannot be taken from us unless we let them.

It’s time to take a stand and this court case could be a turning point for all of us.

­One Nation Under GOD!