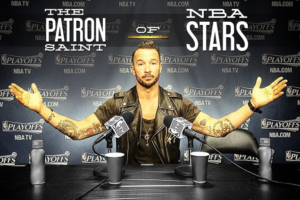 Today’s “Christian” is barely recognizable if recognizable at all. Seriously. We’ve got a bunch of cowards in charge of things who are more interested in money and entertainment than following the doctrines of the Gospel of Jesus Christ and teaching these principles.

Unfortunately, there aren’t a whole lot of regular people standing on the side of Christianity either.

Matt Walsh has very articulately written a great book called Church of Cowards: A Wake Up Call to Complacent Christians which answers a lot of the statements made by “Christians” who say they are right and refuse to budge from their stubborn, selfish, fearful positions.

I don’t think there is any other way to say it. We’re getting thwarted by leadership in the churches mainly but the people themselves are complacent. They’re so lazy they nod their heads in agreement and then sit on their duffs doing zip!

Satan has taken over the churches very subtly at first with “reasoning” as to why things which are abhorrent are suddenly OK. We have preachers teaching tolerance from the pulpit and God is not tolerant of any sin. NONE. What part of this is hard to understand?

If God was tolerant of sin, we wouldn’t need Jesus to atone for sins. They’d just be non-existent and there wouldn’t be any laws regarding anything. It would be a free-for-all out there with murder, mayhem and total chaos.

What’s the point of Christianity if everything is ok and you can sin and be saved just because you “have Jesus in your heart?” Nice but there’s a lot more to being a Christian than just a “feeling” in your heart. 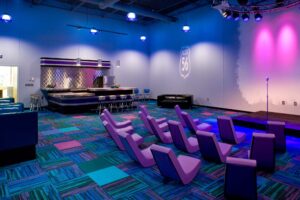 Children’s Church in a Mega Church

Why are we going to church to be put into a “spiritual” trance? We listen to music that starts out good then goes into a repeated chant putting the willing into a “feel good” state of being. This is what Hindus, Buddhists and Muslims do. They are not Christian and they’ll tell you so. Facts.

Some will excuse the songs and chants because they like the “tune.”

Consider what Walsh points out in Chapter 1 of his book, a non-Christian, wanting to find Christians can’t recognize what’s going on describing the “scene” at church as a room with a rock band, casual people sipping lattes from Starbucks while a skinny-jeans “pastor” hands out warm fuzzies for an hour.

Children are sent to play in areas of the church which look like a bar scene at the comedy club. 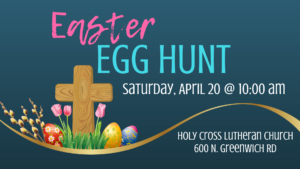 Christians also celebrate the Pagan holiday “Easter” every year with little bunnies and chicks as they teach the children it’s a good thing to take baskets and search for hidden fertility symbols.

And before some of you strange people start telling me Christianity adopted the Trinity from Pagans, let’s get one thing straight – when evil wants to pervert the truth, it steals a Christian symbol, principle or truth such as the Trinity of the Father, Son and Holy Ghost (Spirit) – the Trinity was LONG before Paganism.

It’s the same as stealing the rainbow. God’s promise to us to never destroy the entire earth again. It was a covenant made with man LONG before the LGBTQ-LMNOP freaks decided to steal another Christian symbol and pervert it.

Frankly, the weakness and cowardice of the Christian community as a whole has brought us to the point we can’t actually point directly at a real Christian anymore. We can’t tell the difference between a secular person and a professed Christian.

Our government is a reflection of our Christianity. So how are we doing, folks?

Are we really different? If we’re different, how are we making that distinction? I’m not seeing it. I see no difference in our lifestyles at all.

Let’s do a little analysis, shall we?

Everything stops for football or whatever sport our kids are in. CHECK

We like to be entertained 24/7 and will skip church if something better comes along. CHECK 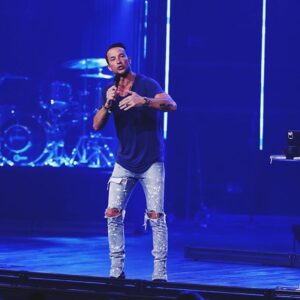 Ripped and skinny jeans on Pastor

We dress in secular clothing from ripped jeans to low-cut tops, skimpy bikinis, piercings, tattoos (yes I have them,) short skirts, short shorts and no undergarments to church events. CHECK

We listen to “pop stations” calling themselves “Christian Radio” while we listen to a bunch of soft rock and pop songs hardly different from any secular station. CHECK

We promote Pagan holidays like Easter and Halloween dressing our kids up and giving them baskets for “treats” to show the neighbors we’re “friendly.” CHECK

So our kids won’t be considered to freakish, we put on plays and music programs at our “Christian schools” that are the same plays they’d put on in a public school. We even think Beauty and the Beast with the head of Moloch is a “cute kids story with a Princess.” CHECK

Good Christians go along to get along and don’t dispute what the government says because that would be calling attention to ourselves and we should be “tolerant.” CHECK

We don’t get involved in politics because it might hurt our feelings. CHECK

We accept all kinds of “sexual orientations” because one of our kids has “come out” and although we have been very vocal about being against this deviance, it’s okay now because we can’t alienate our children. CHECK

We see someone in trouble and we walk the other way so we can make sure not to “get involved” because it could burst our warm fuzzy bubble we’ve built so we can stay in oblivion. CHECK

We watch movies, TV and read all kinds of magazines promoting all sorts of deviance from gender confusion, pedophilia, men in dresses, and inappropriate content for kids. CHECK

I could keep going because it’s just really gotten this bad. WE ARE LIVING IN THE WORLD AND ARE PART OF IT. We’re supposed to be living in the world BUT NOT OF IT.

We’re lazy and selfish. Plain and simple. We don’t care about God. We care more about going along and getting along. We care about making people feel accepted and loved even if it hurts their eternal life.

When are we going to stand up and do what’s right rather than be bench warmers?

When is enough, enough?

What about the churches who want to do community outreach creating little private micro-schools at their empty churches?

Everything’s a roadblock. Everything stops because Christians refuse to trust God and let him work out the kinks. We’re supposed to be SERVING THE LORD AND OUR FELLOW MEN without being worried about ourselves!

This subject is a year long deal in itself, but if you’ve read this far, you get the idea. We need to shape up!

Well, if you decide to get Matt’s book, I am going to try my best to be the one guy at the end of Chapter 1 who is the one voice, crying in the wind. I’d rather be that guy than a wishy washy do-nothing unrecognizable cowardly Christian.

What will you do to change this today?