VICTORY FOR THE BABIES! ROE VS WADE IS A THING OF THE PAST! 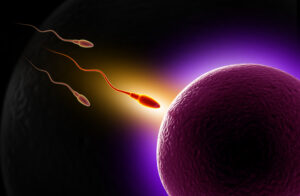 Liberals have their hair on fire now that Roe Vs. Wade has been overturned by the United States Supreme Court in a 5-4 landmark vote. Get ready for the wailing and gnashing of teeth.

Protestors were standing outside the Supreme Court when the decision that states should be responsible for their own abortion laws was handed down. This set off yelling, crying and more disgusting displays as the MSM Propaganda Machine started posting how the threat to women’s health was at stake.

Failing to mention the fact less than 1% of abortions have anything to do with a woman’s health, headlines are currently coming across the news tickers as if there’s a devastating blow to the mass genocide of tiny babies who haven’t been born yet.

Even John Stossel, a self-proclaimed Libertarian, and long-time journalist put in his 2 cents to murder children saying at the end of his videos he believed a woman has the right to kill a child if it’s still inside the womb. Can anyone be more disgusting?

These people acknowledge there is a living human being inside of a mother’s womb and without batting an eyelash, they are good with murder. They smugly tell us we’re pompous Bible thumpers who have no regard for their “feelings” while they’re disregarding the excruciating pain a child suffers when its limbs are being pulled from its body and a sharp scalpel is jabbed into its brain stem.

But hold on – the only feelings we’re supposed to acknowledge are the left-wing baby murderers who prefer to dispose of an infant rather than care for a child. They refuse to even put a child up for adoption and some states, like Colorado are fine with murdering a child up to 28 days after it has been born. Infanticide is the new “abortion.”

At least the SCOTUS did what was right and is going to put the decision for genocide on the state legislators.

While activists start lobbying the state Senators and House members, liberals will continue with their horrific displays of evil. It won’t end until Christ comes back. Pretty sure we need him to return sooner rather than later….just sayin…