OUTRAGEOUS! This is why the government needs to be nixed immediately! These truckers are being attacked for peacefully protesting the tyranny of the Canadian Government.

Ottawa Cops decided to harass, rough up and arrest and elderly man because he blew his horn. When they stopped him, he “failed to identify” so they decided to treat this man with disrespect and violence.

All over the world, there are uprisings against their governments both local and federal because of the puppetry from a Deep State that has infected the politicians who are supposed to be elected. Instead of elected, these people have been selected under the façade of “voting” which we have proof has been usurping our votes all over the world for a very long time.

I’ve been watching the Freedom Truckers in Canada and also decided to watch this City Council meeting of the Dictators who think they’re going to win against the Truckers. 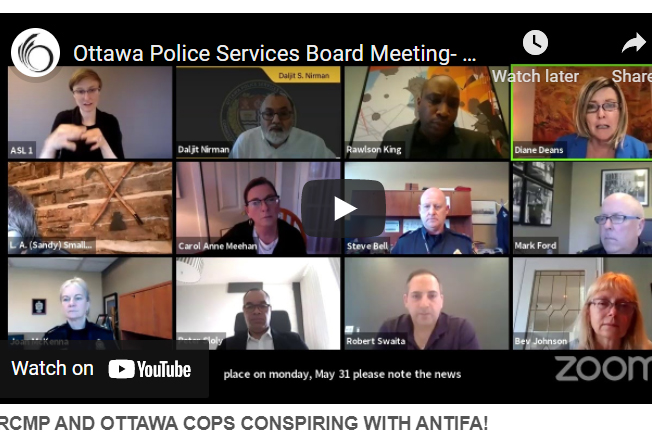 To say the least, this was a display of the hysteria and panic the government has over people who are peacefully protesting. These morons can’t figure out how they can’t legally get a handle on the citizens. In fact, the cops basically tell them there’s no way.

So what did they do? Changed the rules yesterday in order to start arresting and harassing people. They made a rule, without the consent of the people and over the peaceful protesters, no one can blow their horns in the city. They also made it a rule no one can aid the truckers, give them food or fuel, provide anything otherwise they are conspiring with an “insurrection.”

Wrong answer. This behavior by a handful of radical self-appointed Kings and Queens just encouraged the Truckers even more. Their behavior is being watched around the world and we will continue to make sure their story is heard. What happens in Canada effects all of us around the world.

In addition to these antics, we saw the RCMP (Royal Canadian Mounted Police) walk around the side of the crowd, heavily armed and trying to sneak into a hotel followed by an Antifa member, locking the door behind them.

This video was sent around the world within minutes thwarting what looks to be a conspiracy against the Canadian Truckers using Antifa thugs. As soon as this video was out, we analyzed it and called the organizers who found the location of the hotel and made sure to monitor what was happening.

Thus the truckers were ready and waiting for the heavily armed cops who have now stolen their gas and tried to cut off the supplies. Little do they know, the truckers are not going to by bullied.

Lawyers all over Canada are offering their services.